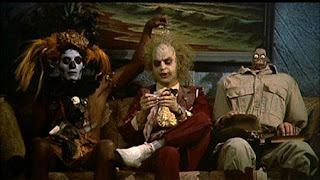 Following up on an older post on the pseudoscientific appeal of neuroscience (Brain imaging: Old snake oil in new bottles?) an article due for publication in Perspectives on Psychological Science demonstrates how numerous brain imaging researchers have been fudging the books to show very strong relationships between personality correlates and specific-brain region activity. Given the already enormous complexity of the cortex, etc. and the intractable difficulty mapping the mind to the brain, it doesn’t help matters when social neuroscientists and the like just conveniently report only the most significant relationships in their studies and ignore the huge bin full of unrelated data they’ve collected.

Such selective reporting, which appears to be rife in social neuroscience according to this new research by Harold Pashler and his team at MIT and the University of California, violates principles of probability and grossly distorts what can be understood about neuropsychology, thereby painting a far brighter and clearer image of personality in the brain than the genuinely muddy picture we really have. Honing in on particular correlations is all well and good in voodoo, which works based on acausal associative principles, but in science this kind of misreporting is just mumbo jumbo. Perhaps neuroscience isn't actually any more scientific than magic, but at least voodoo sticks to its principles!

Thanks to the BPS Research Digest Blog...

Do you do Voodoo?

They are beloved by prestigious journals and the popular press, but many recent social neuroscience studies are profoundly flawed, according to a devastating critique - Voodoo Correlations in Social Neuroscience - in press at Perspectives on Psychological Science (PDF).


The studies in question have tended to claim astonishingly high correlations between localised areas of brain activity and specific psychological measures. For example, in 2003, Naomi Eisenberger at the University of California and her colleagues published a paper purporting to show that levels of self-reported rejection correlated at r=.88 (1.0 would be a perfect correlation) with levels of activity in the anterior cingulate cortex.

According to Hal Pashler and his band of methodological whistle-blowers, if Eisenberg's study and others like it were accurate, this "would be a milestone in understanding of brain-behaviour linkages, full of promise for potential diagnostic and therapeutic spin-offs." Unfortunately, Pashler's group argue that the findings from many of these recent studies are virtually meaningless. (Read more…)

I can't believe you've had a blog all this time and I didn't know!

It was an experiment in cyber perfusion... or something... hope you like it. D

Happy New Year! Any chance of some feedback on a video I put together on the above study please?