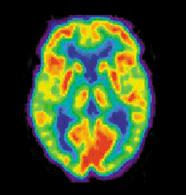 In a previous post (Brain scan fails to support validity of ESP), I wrote about those clever Harvard neuroscientists who recently published a brain imaging experiment to find cerebral evidence of telepathy, but which produced no significant results and thereby, somehow, finally disproved the existence of ESP by finding nothing at all. This kind of story belies the perceived arbitration over reality given to the big science of prestigious academic institutions, which ends up reported in the media under some kind of magical veneer that those with the best equipment produce the biggest truth. In reality the claims of this research were just bad science - absence of evidence is not evidence of absence, and all that – and this is just one (more) myopically conceived experiment and not the last word on the possibility of paranormal information transfer.

The logic of the ESP brain-imaging article is actually something more akin to what scientists call “magical thinking”, supposedly a kind of illogical associative thinking reserved for the mentally ill, the credulous, and the “primitive” (or in fact anyone who believes in the paranormal). The end result is an article setting to out to disqualify magic through science but which is itself actually propped up on more mumbo-jumbo than a voodoo alter, showing that the scientific elite in this case are actually just peddling cheap sideshow magic under the guise of science and using it to try and convince us that magic doesn’t exist. Oh, the irony.

Anyway, resonating nicely with this mini-rant is a paper just published by Deena Skolnick Weisberg (of Yale, incidentally), in the Journal of Cognitive Neuroscience (2008, 20:3, 470-477), entitled, The Seductive Allure of Neuroscience Explanations. Weisberg conducted a technologically unsophisticated social psychological experiment to show that people will generally assume that explanations supported by neuroscience are true and accurate, regardless of whether the informational content is actually nonsense or not. Meanwhile, ESP no longer officially exists...

The Seductive Allure of Neuroscience Explanations

Damn fine rant. I suspect this is one of those truths that'll be more at home under the carpet that it should be for a while. But it's always worth pointing the big lump out whenever possible...

I'm sure some scientists would try and pretend it was a normal distribution curve...

oh yes
it is a normal distribution
http://forum.mind-energy.net/scientific-debates/962-parapsychology-psychic-abilities.html#post16075