And did those Beats in ancient time, trip upon Englands mountains green? 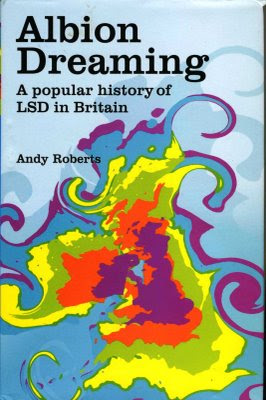 Ronnie Sandison brought it into the UK in 1952 and pioneered the psychotherapeutic treatment of mental “illnesses” at a Gloucestershire hospital using it, calling it psycholytic therapy. The following year Francis Crick supposedly gained enough insight from taking it at Cambridge to discern the double helix shape of DNA. How far has LSD traveled across the genes, neurons, minds, imaginations, songs, tongues, tastes, fashions, passions, protests, peace marches, parties, happenings, discoveries, ideas and cultural changes of Britain in the last 58 years? Come and take a trip down memory lane, and (turn on, tune in and) find out.

The Ecology, Cosmos and Consciousness lecture series, in association with the Scientific and Medical Network presents:

LSD in Britain: A Cultural History

Andy's book, Albion Dreaming: A popular history of LSD in Britain (Marshall Cavendish, 2008) was born from a desire to chronicle the history of this intriguing drug. Andy's talk, illustrated by powerpoint and DVD takes you on a history picnic to sample everything from the drug's arrival on these shores in 1952, through the medical and military experiments, the counterculture, to the sad death of Albert Hofmann. It is probably the only talk on LSD in which you'll hear the words of the Reverend Ian Paisley.

Andy Roberts is the author of several books on folklore, UFOs, cryptozoology and popular culture. His overall interest is in the strangeness of the multiverse and what and why people choose to believe. Besides his books Andy has written for numerous magazines including Fortean Times, where he currently co-writes a monthly sceptical UFO column. His magazine articles have dealt with cults, the Grateful Dead and telepathy, the search for the Death Ray and a great deal of other weirdness. He once edited an Incredible String Band fanzine and is really quite obsessive about the Grateful Dead.

His interest in LSD stems from his first acid trip in 1971 when the ultimate force of evil foretold the future to him. He's still waiting for that particular future to manifest but followed the Prince of Darkness' strange invitation into the labyrinth of 1970s counter culture to see what he could find.