Over-the-counter “paranormal” drug used by 3.1 million Americans to get high 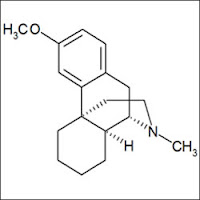 What isn’t popularly known is that at high enough doses the dissociative drug DXM causes subjective paranormal effects similar to those of ketamine, such as out-of-body experiences (OBEs), near-death experiences, a loss of the sense of causality, a sense of presence, encounters with entities, and the occasional experience of extra-sensory perception (White, 1997, Price & Lebel, 2000). These reports were also corroborated by a recent survey on paranormal experience with psychoactive drugs that I conducted with Dr. Marios Kittenis of the University of Edinburgh. We found that several of our survey respondents acknowledged having experiences of clairvoyance, psychokinesis, OBEs, mystical-type experiences, and telepathy in particular (Luke & Kittenis, 2005). Several respondents also independently reported using DXM with others for the explicit purpose of having group telepathic experiences, which they believed to be real and recurrent.

DXM remains a legal drug at the present time, and with increasing numbers of people taking it for non-medical purposes the prevalence of subjective paranormal experiences occurring amongst the public due to this drug must be becoming quite considerable, though no statistics are currently available. Furthermore, no research to date has tested the possibility that these reported telepathic and other experiences with DXM might actually be genuine. Previous research testing the efficacy of psychedelic agents in the production of ESP, mostly conducted throughout the 1960’s with psilocybin and LSD, showed some promising results, despite frequently using novice trippers (Luke, 2005). By the same token, however, much of this research also needed much better controls but certainly encouraged the idea that these drugs may be able to induce genuine psychic experiences, as claimed by shamans across continents and since antiquity. The latest such research project of this kind, using psilocybin and cannabis, was conducted with seemingly adequate controls at the University of Amsterdam by Prof. Dick Bierman and generated very interesting results, partially supporting the apparent efficacy of these substances in stimulating legitimate psychic (i.e., telepathic, clairvoyant or precognitive) phenomena (Bierman, 1998). Further research is certainly begging at this time.

(Thanks to James Kent at DoseNation.com for reporting on the SAMHSA paper)

Bierman, D. J. (1998, October). The effects of THC and psilocybin on paranormal phenomena. Paper presented at Psychoactivity: A Multidisciplinary Conference on Plants, Shamanism, and States of Consciousness, Amsterdam.